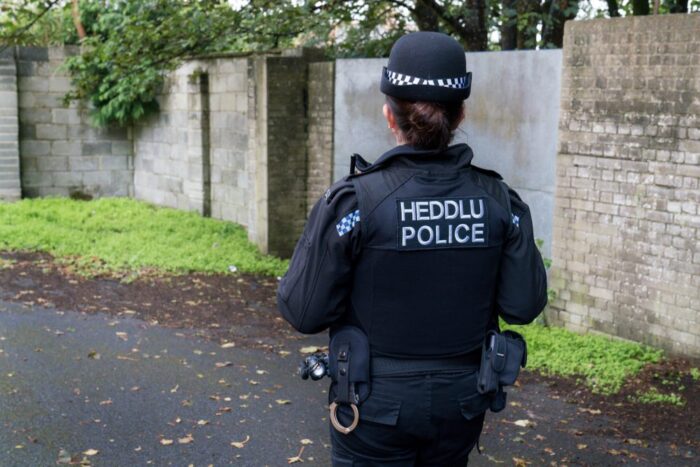 VISITORS are banned from a home in Ammanford where neighbours have suffered from persistent antisocial behaviour.

An order has been made preventing anyone apart from the occupant of 63 Myddynfych from entering the property.

Dyfed-Powys Police applied for the order following several months of work to tackle antisocial behaviour and disorder at the address.

PC Steve Morris said: “This successful application was the result of a targeted team effort following a number of incidents at 63 Myddynfych.

“We have been called to the address numerous times over the past few months, and neighbours are at their wits end.

“With a restructure of neighbourhood policing, we have adopted a problem orientated policing mindset to really understand problem solving, and worked closely with Pobl Homes and Communities to address the concerns of the community.

“This notice was the final action to target the ongoing antisocial behaviour at this address. Several previous attempts have been made to resolve the issues here by working with the tenant, but without any positive effect.

“Thanks to PCSOs gathering intelligence, the Neighbourhood Policing Team in coordinating multi-agency meetings, response teams in dealing with these incidents, and the guidance of our legal services team, the application was unanimously supported and we were successful in getting a closure order in place.”

Evidence was presented to Llanelli Magistrates’ Court and the order was granted on Friday, July 3.

Until midnight on October 2, 2020, anyone other than the one person named on the order, or a representative of Pobl Homes and Communities – formerly known as Gwalia – is banned from entering the property or communal garden.

Inspector Bleddyn Jones said: “It is a rare move for a closure notice to be issued on a residential property, but after careful consideration and discussions with partner agencies it was deemed the most appropriate course of action to take.

“We are confident the order will reduce the antisocial behaviour that was happening there, improving the quality of life for other residents and reducing demand on us as a force.

“Anyone seen visiting the property will be in contravention of the order and faces a fine, prison or both. To report sightings of anyone else visiting the address call police on 101 immediately.”

A closure order is a tool under the Antisocial Behaviour and Crime and Policing Act 2014 that gives police the ability to close a property to provide quick relief from the anti-social behaviour that has been occurring there. Closures can be made for 48 hours without needing to go to court for permission. When applied for through the courts, closure orders can be for up to three months, and extended to six if necessary.