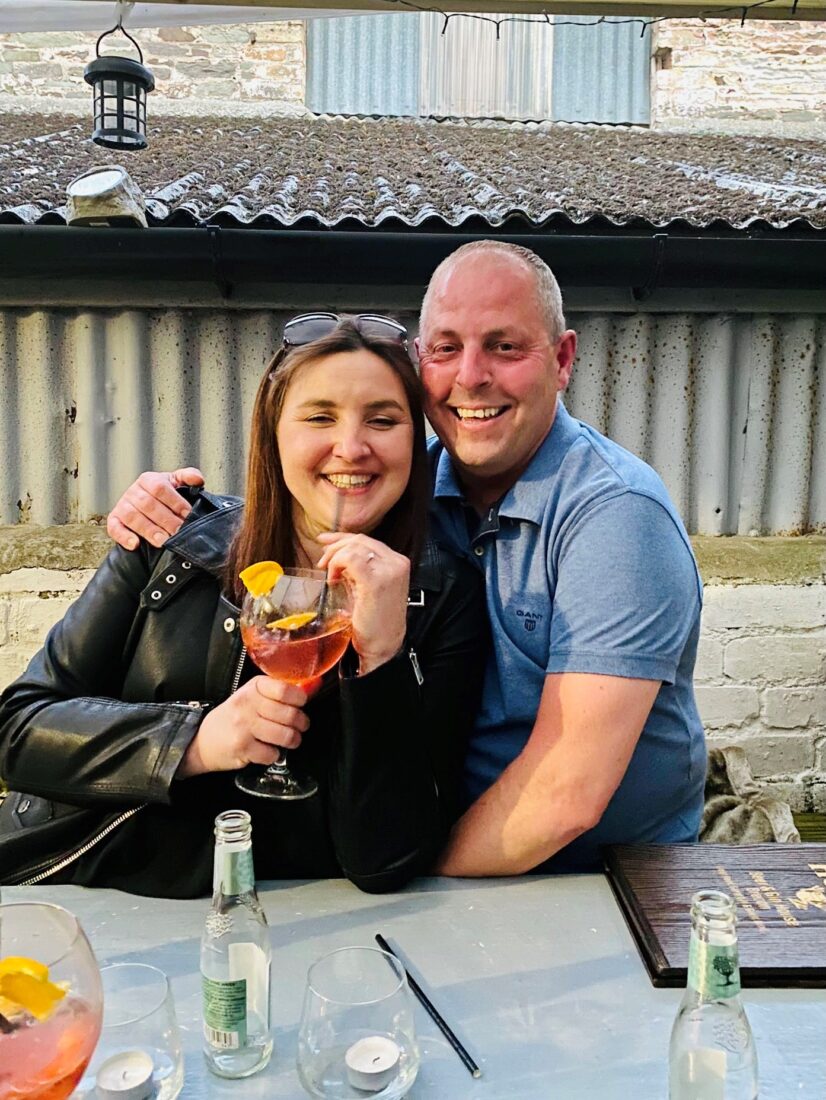 A Brecon nurse who lost her firefighter fiancé to COVID-19 has vowed to finish what he started,  a 24-hour charity rugby match on top of Pen y Fan.

Lisa Jenkins will hold ‘Gonzo’s Game’, a 24-hour touch rugby match on top of Pen y Fan, the highest peak in South Wales, in memory of her partner of 15 years, Andrew ‘Gonzo’ Williams, between June 17 and 18.

All funds raised at the event will be split between blood cancer charity Myeloma UK, Rookwood Spur, the Wales Air Ambulance Charity and The Fire Fighters Charity.

Andrew was diagnosed with the incurable blood cancer myeloma back in December 2017.

He had been suffering from agonising back pain, which both he and doctors had put down to his job as a firefighter for more than eight months before he was eventually rushed to A&E.

By the time the cancer was caught, Andrew was paralysed from the waist down. The disease had spread to his spine and he spent the following two and a half years learning to walk again.

Sadly, just as his condition started to improve, the father-of-two caught COVID-19.

He died of the virus coupled with complications from myeloma, putting his plans to fundraise for the charities which had supported him on his cancer journey to a grinding halt. He was just 52 years old.

“The pecking order in our house was the boys, rugby and me,” said Lisa, 43, who works as a community nurse. “He was a passionate and lifelong rugby player, referee, coach and supporter so a 24-hour rugby match will be a fitting tribute to Andrew’s love for the game on top of the iconic Pen y Fan in the Brecon Beacons, sat above his beloved hometown of Brecon.

“Andrew was determined to fundraise for these charities, who provided him with invaluable support throughout his battle with myeloma and were all close to his heart, but he died before he could do any of that.

“He was ever so hopeful and positive. He was such a fighter.”

She added: “His diagnosis turned our family’s world upside down, but Andrew was never one to let things get him down for long and his courageous and determined mentality served him well. He went on to have his spinal-cord surgery, entered a spinal-cord rehabilitation programme whilst receiving chemotherapy.

“All his hard work and determination saw him take his first steps in January 2018, which he later built on at Rookwood, then at the Breconshire War Memorial Hospital physiotherapy department. He was due to book an intense rehabilitation week at the Fire Fighters Charity’s rehabilitation centre, but sadly at the beginning of August 2021 he contracted COVID-19. After his long and courageous battle against myeloma, COVID-19 was one last hurdle too far to overcome.”

Myeloma patients have a weakened immune system, which puts them at much higher risk of catching COVID-19 and becoming seriously ill.

The 24-hour five-a-side rugby match will kick off at 6am on Friday, June 17 and see Andrew’s former colleagues at Mid and West Wales Fire and Rescue Service, friends at Brecon RFC and two sons, Ryan, 19 and Ioan, six, go head-to-head in his memory.

The match will finish at 6am on Saturday, June 18 – which would have been Andrew’s 53rd birthday.

Despite being the third most common type of blood cancer, myeloma is especially difficult to diagnose as symptoms, chief among them pain, easily broken bones, fatigue and recurring infection, are often linked to general ageing or minor conditions.

Patients experience significant delays in getting diagnosed, with 50% waiting over five months. 34% of myeloma patients visit their GP at least three times before getting a diagnosis. 31% are diagnosed through A&E like Andrew.

These are some of the longest delays out of any cancer in the UK.

Yet, a simple blood test can, in most cases, pick up signs of myeloma.

Lisa is now keen to raise awareness of the symptoms of myeloma to ensure the cancer is caught earlier and that future patients don’t have to endure what Andrew went through.

She is also campaigning for cancer screening to be included in firefighters’ service medicals.

“Everybody thinks it’s an elderly person’s disease but if somebody has chronic pain for more than 12 weeks doctors should realise there’s something wrong and order a blood test,” she said. “It’s a simple test. Diagnosis is getting better but there are probably people who have been unwell for a long time because myeloma was never thought of. We want to raise awareness and we’re banging the drums hard.

“Andrew’s myeloma could have been picked up sooner. If just one person can get diagnosed sooner and avoid all the rehab he went through and having to learn to walk again, it will be worth it.”

Lisa will use the rugby match as a platform to launch the Big Gonzo Memorial Fund, which will support charities and causes once close to Andrew’s heart and anyone dealing with cancer or a life-changing spinal-cord injury.

To make a donation in Andrew’s memory go to www.biggonzo.co.uk or visit https://www.justgiving.com/team/gonzosgame

For more information about myeloma or to get in touch with Myeloma UK go to www.myeloma.org.uk. Myeloma UK runs an Infoline on 0800 980 3332.