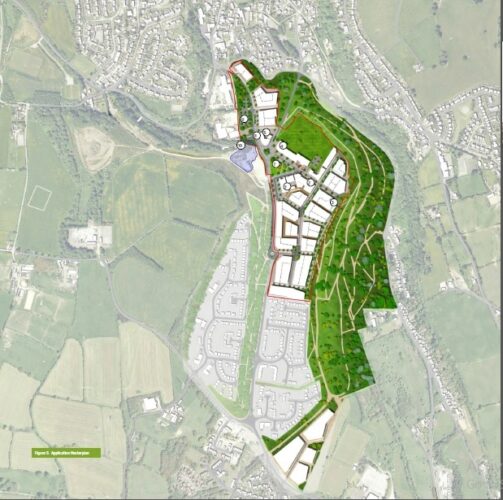 PLANS to build 300 homes on a former village steelworks site have been approved despite concerns it will add to traffic problems on a key route.

Councillors yesterday (Monday, September 6) backed proposals to create new houses on land around the old Brymbo Steelworks in Wrexham, along with a primary school, shops and a pub.

Some community leaders voiced fears that it would cause major congestion at the Ruthin Road junction of the A483.

Applicants Brymbo Developments Ltd (BDL) argued the impact on the dual carriageway would be “minimal” after the Welsh Government withdrew an earlier objection on highways grounds.

There was also criticism of a requirement for a quarter of the site to be allocated as affordable housing being dropped as the company said it would make the scheme financially unviable.

However, Brymbo councillor Paul Rogers said it would deliver a number of benefits after residents took issue with the lack of amenities provided by the firm alongside previous developments in the area.

Speaking at yesterday’s planning committee meeting, he said: “It’s now been over 30 years since the closure of Brymbo Steelworks and since then there have been multiple planning applications for this site.

“There’s been significant frustration locally that the community benefits and the infrastructure has not been delivered.

“I believe this application goes some way to rectifying that and will also potentially deliver hundreds of jobs, which were promised by politicians in the decades since the closure.

“It’s my understanding, there was not one objection from the community to this.

“The only objection came from in the form of a direction from Welsh Government, which has now been withdrawn on highways grounds.”

Brymbo Steelworks closed around 30 years ago resulting in the loss of 1,100 jobs.

Approval of the housing scheme was recommended for approval by council planning officials subject to BDL entering a legal agreement to provide land for a school to be built.

Officers also said ministers in Cardiff Bay were planning to improve the nearby junction off the A483.

But Cllr Marc Jones said he was worried about the impact on traffic and questioned whether the upgrades would be delivered.

He said: “Although the Welsh Government’s objection has been withdrawn, we know the congestion is already bad at that junction and getting onto the A483 in the mornings and evenings.

“This will only make things worse and although the Welsh Government has made noises about the A483 junction, there’s no guarantee that it will be upgraded.

“It is still subject to confirmation from Welsh Government, as it would effectively be a new road.

“I think we’re in danger of giving approval for this on the basis of a promise by Welsh Government that isn’t there at the moment.”

Cllr Graham Rogers was one of several committee members who challenged the lack of affordable housing included in the plans.

He was told by planning officer Matthew Phillips that the distract valuer had concluded that any such requirement would harm the viability of the development.

Cllr Bryan Apsley described the scheme as “great news” for Brymbo but also shared concerns over the lack of affordable housing.

The application was approved by 14 votes to four at the end of the debate, with a condition attached for officers to ask the company if any affordable housing could be added.