Bid for Levelling Up fund to be resubmitted by Rhondda Council 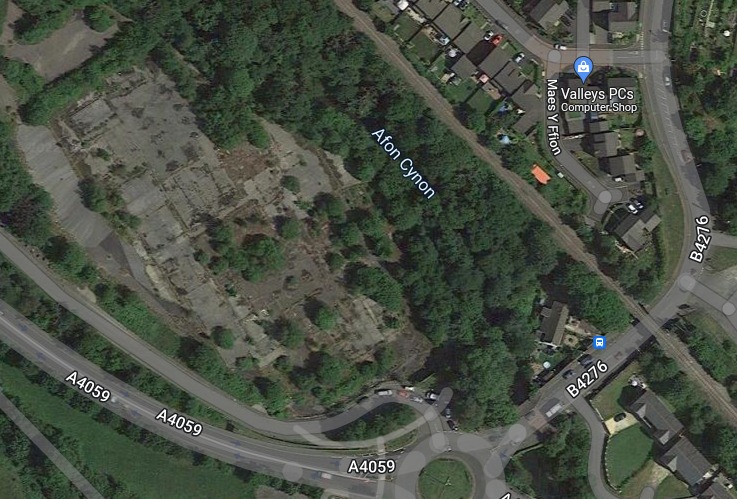 RHONDDA Cynon Taf Council will resubmit a bid for Levelling Up funding for industrial units and a park and ride on a former Cynon Valley chicken factory site which could create more than 50 jobs.

On Wednesday, June 22, cabinet approved a recommendation that the council submits a round two bid as part of the UK Government’s Levelling Up fund after an unsuccessful round one bid for the former Mayhew Chicken Factory site in Trecynon.

The proposal for the redevelopment of the site is a mixed-use development including 18 modern light industrial units and park and ride facility in preparation for the future extension of the railway line beyond Aberdare as part of the South Wales Metro.

It will also include electric vehicle charging facilities and a bridge providing new access to the redeveloped site.

The report said the proposed business units have the potential to accommodate 18 new or growing local small businesses and create more than 50 jobs for local people.

In July 2021, four bids were submitted for Levelling Up funding from Rhondda Cynon Taf, representing the Rhondda, Cynon and Pontypridd constituencies.

These included a bid for Porth Transport Hub, The Muni Arts Centre in Pontypridd, the chicken factory development, and an additional transport based bid for the A4119 dualling.

Three of the these round one bids were successful and are now being
delivered with Levelling Up funding support in place.

RCT is still a priority one area for round two which the report said will give it an advantage as part of the assessment process.

Consultation and support from the MPs whose constituencies will be hosting bids is needed, as well as consultation with the public and other organisations.

The report said the level of detail required on projects for them to be successful is significant so a relatively well-developed project will have a greater chance of success than a new project which is starting from scratch.

The report said detailed feedback has been received from UK Government officials on the strengths and weaknesses of the former Mayhew Chicken Factory site bid, and with further development taking place on the proposals since the round one submission, the council thinks a stronger bid can be submitted for round two which will stand a greater chance of success.

The report said: “The former Mayhew Chicken Factory site at Trecynon, Aberdare has been purchased by the council as a key redevelopment opportunity.

“The currently derelict site is in a key location readily accessible from
the A4059 and close to the A465 which is currently being upgraded to a
dual carriageway in the Hirwaun area.”

The council said it has looked for independent commercial advice which shows there is a growing demand for this type of business accommodation in the Valleys.

A four-week public consultation is taking place, which the report said is key in supporting the council’s business case with the UK Government, saying this was something that was lacking in the first application.

The estimated cost of the redevelopment proposal for the round one bid in June 2021 was £15.98m, which would bring £14.38m of Levelling Up funding at 90% of eligible costs.

These costs are being updated but are likely to have increased significantly due to the current level of price inflation for construction projects, the report said.

There is a minimum of 10% match funding needed for each bid which can come from councils and/or third parties.

It added: “This proposal will serve to reverse the loss of a large employment site and build a modern light industrial business park, creating quality jobs in a regionally important strategic area, addressing the lack of modern industrial units in the region to support SME growth through improved productivity.”

It also said the proposals offer an opportunity for a “more robust” Mayhew Chicken Factory site application which will have a greater chance of success.

The deadline for round two applications to be submitted is July 6.

Councillor Mark Norris said they have “high expectations” that the new submission will be a successful one.

Councillor Maureen Webber said they had been “very successful” in getting three out of four accepted in round one and there’s a “great opportunity” to resubmit for this one.

Councillor Andrew Morgan said they were the only council in Wales to get three approved and one of a few in the UK and said he hopes they get the fourth approved, adding it would strengthen their position.