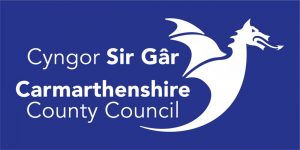 COUNCILLORS want to hear guns firing to help them decide contentious plans to expand a rural pursuits venture in Carmarthenshire.

They have deferred an application about the rural pursuits enterprise as they also want to inspect a footpath at the site to help them address safety concerns raised by objectors.

Planning committee site inspections have not taken place in the county since the Covid pandemic, but it is hoped they can restart soon.

The planning application is to enable the owners to use the land for corporate events for up to 150 days a year for clay pigeon shooting, deer management and fishing.

A planning statement on behalf of applicants Mr and Mrs Light said clay pigeon and fishing activities on five lakes have been taking place on a commercial basis for years, but only within 14 and 28 day per year limits respectively.

It said the deer theory courses would cover stalking, biology and carcass management, and that deer which lived on the land would not be shot by paying customers.

The applicants, it said, have been “overwhelmed” by the level of interest in their venture to date.

It added that no two events would take place on the same day, that no more than 75 days of clay pigeon shooting activities would take place per year – and not on weekends – and that the cartridges would be subsonic to reduce the loud crack associated with gunfire.

It also said a member staff would be at either end of the onsite footpath when clay pigeon shoots took place, and that they would sound an air horn or whistle when a walker was seen.

Details of the proposal and the many objections to it were summarised in a report before the committee, and several speakers were poised to address members.

Cllr Mansel Charles suggested a site visit, including to the nearest residents, to help the committee better understand the objections.

“We could come to a fair and wise decision,” he said.

It was seconded by Cllr Ken Howell, who said: “I can’t come to a decision today just by reading this report.”

Cllr Kevin Madge added: “It’s going to affect people’s lives – I think we have got to get it right.”

Cllr Dorian Phillips suggested that guns used for clay pigeon shoots should be discharged from the site’s eight firing locations while committee members were present.

The committee was also told that council noise and public rights of way officers would be made available at a future planning meeting, should the item be deferred. The site visit proposal was approved unanimously.

The planning report outlined objections from Abergwili Community Council, ward councillor Dorian Williams and the 67 other letters of opposition.

They raised multiple noise, rights of way, biodiversity, highway, and other planning concerns.

The monitoring of the current 28-day maximum per year limit, and the activities that took place, were also queried.

One objection said: “Residents should not need to feel confined to the interior of their own homes for two days of every week to satisfy the needs of a new business venture.”

There were three letters in support.

Planning officers had recommended the application for approval, subject to several conditions.